Born in 1940 in Vilna. Died in 2017 in Bielsko-Biała.
Artist photographer, organiser of many important photo events, publisher,

General director of the FotoArtFestival in Bielsko-Biała,

founder and president of the Foundation Centre of Photography.

Co-founder of the Baturo Publishing House and the Gallery of Photography B&B in Bielsko-Biała. 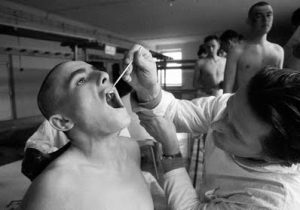 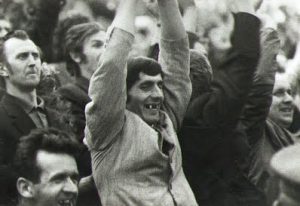 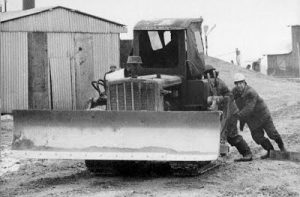 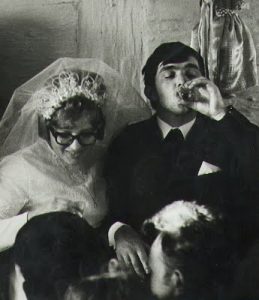 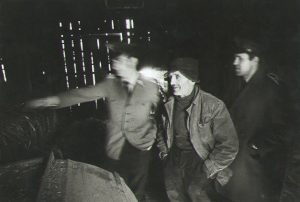 One of the founders of Warmia-Mazuria Photographical Society in Olsztyn.

(the President of the Division for many years, in Headquarters for many years).
Curator General of the I Survey of Polish Documentary Photography in Bielsko-Biała –
the biggest photo event in Poland in those years.
Curator and one of the authors of a big exhibition of documentary photography –
“Strike on Podbeskidzie”. The exhibition was closed by censorship after eight days.
Creates and runs Bielsko Gallery of Photography.
He took up advertising photography for a while. Later on, he began to take photos of mountain landscape.
Golden Prize, Biennale of Polish Landscape, Kielce.
Organized the II big Survey of Polish Documentary Photography in Bielsko-Biała.
Organized an international Meeting of Mountain Photographers (Zakopane, Wisła)
and was a curator of the exhibition “Between Sky, Between Earth” (Bielsko-Biała).
Grand Prix and I Prize at prestigious Festival of Mountain Image, Antibes, France.
Curator of a big exhibition of Polish Mountain Photographers, Antibes, France.
Runs Baturo Publishing House (specializing in books on photography) and the Gallery of Photography B&B.
Books of the Publishing House has many times been awarded on many contests.
He is an Expert of the Minister of Culture for photographical affairs.
Member of the Art Council of the Union of Polish Artists Photographers in Warsaw.
He has achieved many prizes and medals for his art activity.
Member of the jury of many contests of photography.
Author of many collective exhibitions of press and landscape photography,
organized in Poland and abroad. Exhibited in World Press Photo in Haag (1963, 1968, 1972).

Prizes in the Contests of Polish Press Photography:

Most important solo exhibitions:
The author of the albums “The Beskids” and “Cieszyn”.

Contributed to the books: “Polish Mountains”, “Bielsko-Biała”. Included in “Masters of Polish Landscape”,

“Anthology of Polish Photography”, “Pages from Polish Photography”.
He is the author of the book “Andrzej Baturo – 50 Years With Photography”.
Prize for the album the Beskids:
– Jantar Book (prize for the most beautiful book of the year), Meeting of Good Book Publishers, Gdańsk (1995);
– Prize in the Contest of the Society of Polish Book Publishers (1995);
Other important prizes:
– The prize of the President of Bielsko-Biala City in Culture – Ikar 2005;
– The Prize of the year of the Minister of Culture for eminent achievements in plastic arts,
given to a photographer for the first time in the history of Poland;
– Gloria Artis, order of the Ministry of Culture.
His works are in the collections:
– the National Museum in Wrocław
– the Museum of the History of Photography in Cracow
– Archive of Modern Conflict (AMC), Central European Collection, Baron David Thomson, Toronto (Canada) and London (UK)